A community rich in history

A community rich in history

The Kansas Pacific Railroad established a water station on the tracks at the site of present-day Ellis in 1867, and later purchased the site for $1,200.00 through the Homestead Act. Beginning in 1875, Ellis became a shipping point for cattle herds, driven up from the south. On January 10, 1888 the City of Ellis was incorporated by law as a City of the Third Class. In 1896, the women’s “Law and Order Committee” slate won the local election, and Ellis’ all-woman council and a lady mayor became one of the first such groups in the United States.

In the late 1800’s, Wyatt Earp and Buffalo Bill Cody were seen in town often. John Henry, a UP train dispatcher in Ellis, invented the electric streetcar in 1882. Early Ellis residents Walter and Roy Cross developed the “Cross Process,” a method of converting kerosene, natural gas, oil or fuel oil into gasoline that was used widely across the United States. Walter P. Chrysler, who grew up in Ellis and learned about mechanical repair and machinery in the Ellis UP shop, used this knowledge to found the automotive giant, the Chrysler Corporation. Walt Disney, the late producer-animator and founder of the Walt Disney Studios, also had connections to Ellis. 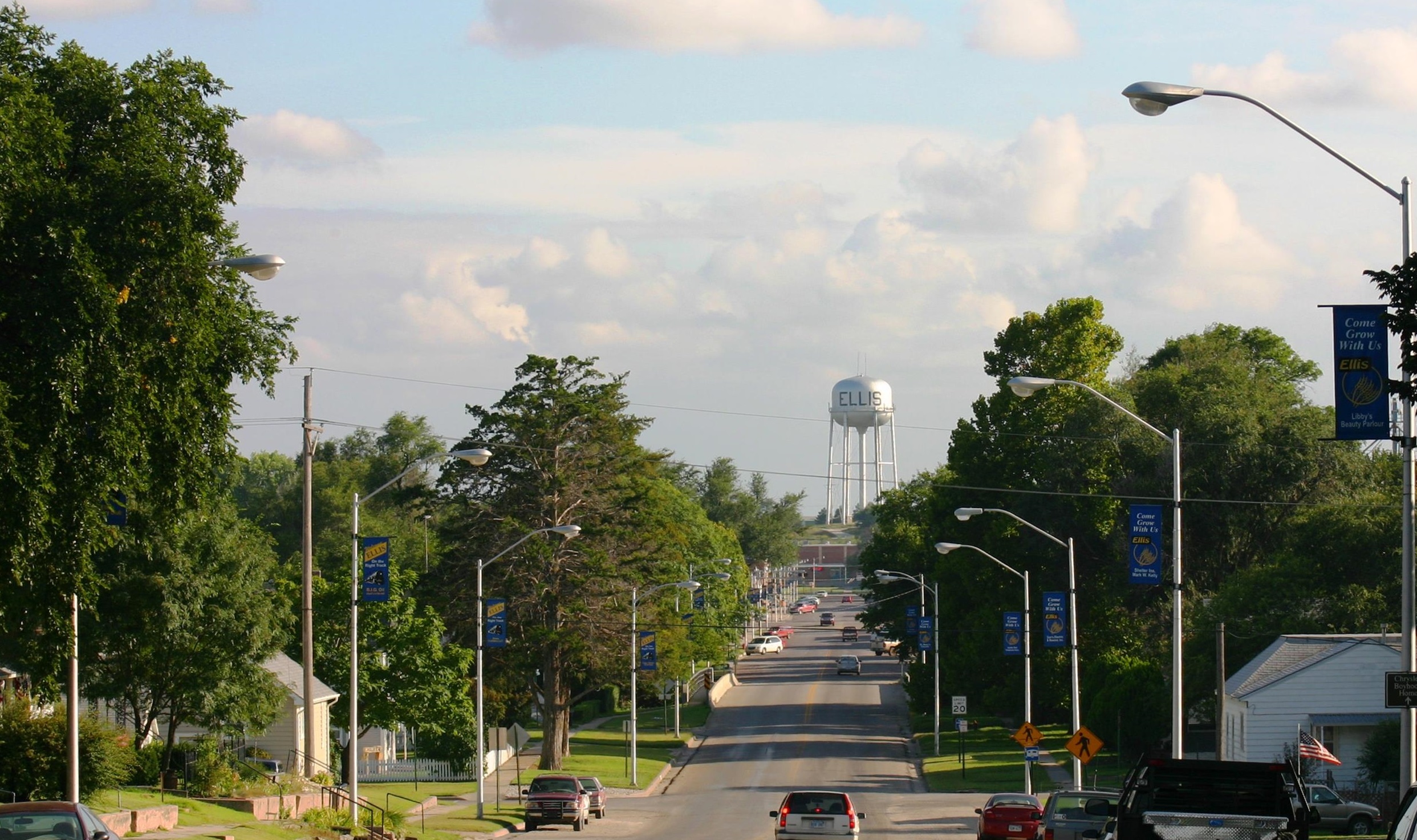